skip to main | skip to sidebar

Thank you for your interest and participation in LawCustoms articles and perspectives. Our blog has moved to a new home at WordPress.  We think our new home will allow us to deliver and manage the information in a technologically superior way.

LawCustoms looks forward to you visits and interaction at our new Home: http://lawcustoms.wordpress.com/blog. 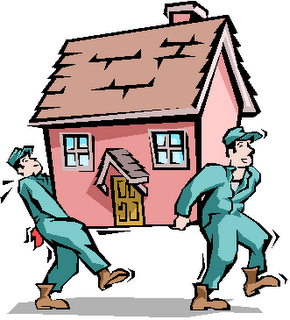 An interesting article appeared on ExportLawBlog with respect to 15 CFR 764.2(h) application ("No person may engage in any transaction or take any other action with intent to evade the provisions of the EAA, the EAR, or any order, license or authorization issued thereunder.").  It is a good reading for those who like to engage in interpretative methodology of EAR regulations.  Based on the facts of discussed settlement, it seems that one violates 15 CFR 764.2(h) if one acts as a broker for party or parties subject to denial orders... irrespective of intent prong?  Read the posting.

A quick comment on the article that appeared in the Caribbean 360 post.  The on-line gambling trade dispute, which the United States lost in the WTO forum, is one of the few cases of continued lack of compliance by the United States (other major one is the zeroing practice in the antidumping duty calculation by the Department of Commerce).  What makes the case interesting, and it is not mentioned in the article, is that this case is the testing ground for WTO permission in granting sanctions that would legalize intellectual property rights (IPR) violation (in a form of reciprocal sanctions).  Imposing trade barriers, in the case of Antigua, will not more harm to Antigua than the United States.  Therefore, the traditional remedy or reciprocal sanctions normally granted by WTO (e.g. raising the tariff for selected goods), will not work in the case of Antigua. The Antigua knows that, and petitions hard for WTO approval of IPR violations.  Of course, the United States has traditionally been very proactive in the IPR enforcement, and legalization of IPR violations would set a troubling precedent for the current world's hegemon.  How this show plays out remains to be seen.  For the official dispute settlement drama, visit the WTO's dedicated page.

Folks that are new or need refresher on BIS side of export regulations should visit this official BIS training page. It is a good overview, and may provide basis (if followed) for mitigation of penalties.

The editor of this blog would like to make a correction to the statement posted few days ago about CBP/CPSC joint webinar presentation. In the blog notice, it was stated that "one cannot make any specific conclusions about CPSC / CBP cooperation procedural applications to its business." That is incorrect statement. Procedurally, notices of detention will come not from CBP pursuant to 19 USC 1499, but rather from CPSC pursuant to CPSIA of 2008. CBP will still act as a custodian (i.e. it will hold on to the goods, until CPSC gives a green light), but the importer will need to deal with CPSC officials before asking CBP officials to release the goods. According to CBP/CPSC MOU, CBP offices will be staffed with CPSC personnel ("CPSC has dedicated employees serving at 10 of the biggest ports of entry alongside CBP inspectors"), so on the surface it may look like communication is done with one entity. It is not.

Read "Procedural Changes for Shipments Detained for Product Safety Violations", and "CPSC to Begin Issuing Import Detention Notices instead of Customs" for further acquaintance with the matter.